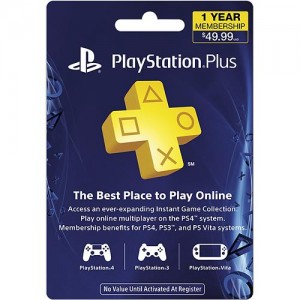 1 Year of PlayStation Plus

Are you looking to renew or perhaps get a PlayStation Plus subscription?  If so, I have found the deal for you!

I don’t know how long it will last but right now, Best Buy has 1 Year PlayStation Plus membership cards on sale for just $39.99 which is 20% off of the normal $49.99.  Even at full price, it is probably the best deal in console gaming when you get 2 free games every month for each of Sony’s major platforms (PS4, PS3 and the PS Vita), plus a ton of members only discounts on games, DLC and other content.

I talked about how good of value memberships like PlayStation Plus is in a previous post called 8 Killer tips on how to save boatloads of cash on video games.  If you are looking to get your gaming fix for very little money, I highly recommend checking out that post!

If you want to know exactly what you are getting with the membership including what games you can get for free for this month, head over to Sony’s page for the service.

Share this with any of your PlayStation loving friends and make sure to subscribe to the newsletter on the right so you can find out when new posts like this one are up and can save you money! 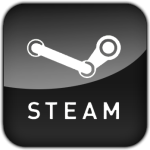 To be honest, I’m not sure if I really want to think about how much money I have spent on video games over the last 24 years. I’d say tens of thousands of dollars would not be an unreasonable guess but I really don’t have a clue.  I own nearly every console and handheld made in the last 24 years not to mention more games for each of them than I can even think of!  That’s not even counting my addiction to PC gaming which is where most of my gaming takes place these days.  Not counting games that I have on CDs and various digital downloads, I have 141 games on Steam alone!

While I am quite proud of my collection of video games, there is something I am even more proud of, the fact that I am buying games than ever these days but paying less than I ever have!

How am I managing that when its not uncommon for games to cost $60 these days and that’s not even counting cool collectors editions that and easily push the price over $100?

Well, I am going to share with you all of the tips and tricks I have picked up over the years on how I save a lot of money on video games while having more fun than ever!

If you have any other tips for saving money on video games, share them in the comments below so everybody else can take advantage of them! Also, make sure to sign up for our newsletter on the right too so you don’t miss tips like these in the future!